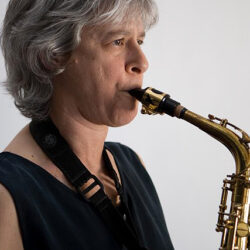 Teaching music has been a large part of my life since my undergraduate days as a student of Music and English Literature. The personal exchange between teacher and student is enriching, educating and stimulating not just for the student, but also for an engaged and discerning teacher, which I strive to be. My lessons are fun and informal but the goal is to present constant and achievable challenges for musical and personal growth. The fun of teaching multiple instruments is in being able to broaden my students’ education and interests into new directions when it’s time, and several of my students study two instruments simultaneously.

It has been greatly rewarding teaching a variety of instruments to students of all ages and aspirations. I have been teaching since my student days in Binghamton, New York, and throughout my career in San Francisco; Amsterdam, Holland; and in the Boston area since 1984 when I became Associate Director at the Brookline Music School. In 2006, after 22 years as both teacher and administrator at BMS, I discontinued my administrative responsibilities, broadened my teaching studio, and added jazz as a new field of study. I also taught group classes in the Boston Public Schools for the Making Music Matters non-profit organization.

After receiving a BA in English literature and an MA in music history/theory from SUNY-Binghamton, I earned an MM degree from San Francisco Conservatory in Silver and Baroque Flute. I studied traverso (baroque flute) with Wilbert Hazelzet at the Royal Conservatory in Holland, and silver flute here in Boston with Doriot Anthony Dwyer. Other teachers include the late greats Thomas Nyfenger and Charlie Banacos, and the young and inspiring Jake Sherman.

As a professional performing musician, my fields of concentration have ranged from Early Music on original instruments (Baroque flute and recorder), to contemporary classical, Broadway, and jazz. I have premiered over fifteen new works as a flutist, some of them composed especially for me. In more recent years I added clarinet and saxophone to my professional roster and have been performing in orchestras and theater pits as well as in classical chamber music concerts at BMS. My career has given me opportunities to perform in concerts, and on live radio and television in Boston, San Francisco and Amsterdam.