*There are no regularly scheduled lessons on flex days. Your teacher will contact you if there are any make-up lessons scheduled on a flex day. 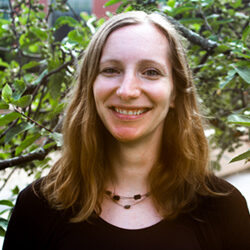 All children have the potential to learn music, and early music classes foster lifelong music development. Because music aptitude begins before birth and does not stabilize until age nine, the early years are formative for musical growth. Early childhood music classes provide an individualized and nurturing environment in which children are engaged in developmentally appropriate music learning. Young children can enjoy actively making music through informal and playful classes. Children explore singing, playing, chanting, improvising, and moving to music in a variety of tonalities and meters. Because children learn music similar to learning a language, classes give children the opportunity to listen, explore, and create meaningful tonal and rhythmic responses. A strong early childhood foundation prepares students for success in formal class settings, lessons, and ensembles.

Cathy performed with the Philadelphia Singers from 2009-2015 and sang at Carnegie Hall and at the Kimmel Center for the Performing Arts with the Philadelphia Orchestra. She held a role in Le Nozze di Figaro with Opera Libera and has sung chorus for opera companies including Temple University Opera Theater, Poor Richard’s Opera, Russian Opera Workshop, and Center City Opera Theater (Philadelphia region). Cathy spent five years as a music director and piano accompanist for two Regina Academies (Ardmore and Abington, PA). She has sung in the Boston area as a cantor for St. Mary's and St. John's churches in Chelmsford as well as in choruses with the One City Choir at the Hatch Shell and Chorus Pro Musica, including as a soloist in Mozart's Requiem.