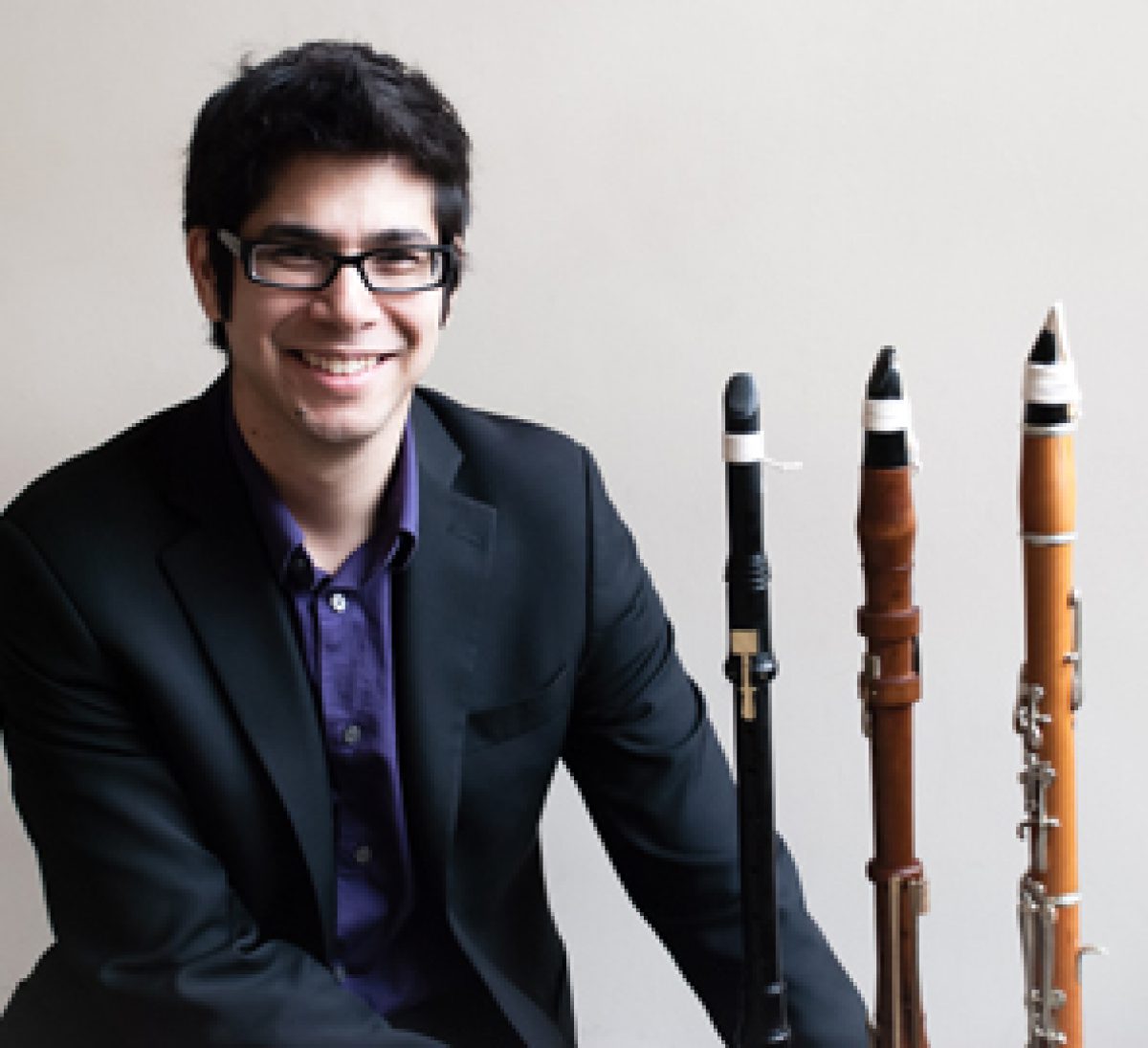 I believe that the clarinet (or any musical instrument) should feel as natural in the hands of a student as any other simple tool, and that the mechanics of the instrument and technique should not hold the student back, allowing the individual voice and personality of the student to guide the musical experience. I teach Group and Individual lessons, tailoring repertoire and technical studies to the development of each pupil. I place strong emphasis on the method books of both Baermann and Klosé, building on the models of the two great 19th century pedagogues when discussing matters of embouchure, reed adjustment, air support, and musicality, with additional studies tailored to each student from the works of Jeanjean, Rose, and others. For beginning students, I emphasize tone production, the development of finger dexterity and endurance, and the fundamentals of musicality, with lessons being guided by the needs of students in their own band or orchestra programs. For intermediate and advanced students, an emphasis is placed on allowing the student to find his or her own musical voice, with emphasis placed on repertoire appropriate to the student’s level, ensemble playing, and advanced studies in technique. Additionally, I use my experience as a vocal coach and chamber music coach to guide each student to think about the larger context of the musical score when learning a work of any difficulty.

I hold degrees from Oberlin Conservatory, Indiana University, and The Royal Conservatoire of The Hague. As a student at Oberlin, I was invited to join to the Nederlands Jeugd Orkest (NJO) for the Muziekzomer Gelderland Festival in 2007, returning as principal clarinet for the 2008 and 2011 festivals. After completing my studies, I received additional orchestral training as an apprentice in the Ann and Peter Law OAE Experience Scheme with the Orchestra of the Age of Enlightenment in London, and as principal clarinet from 2011-2013 with the Jeune Orchestre Atlantique in Saintes, France. In addition to my studies on modern and historical clarinets, I have studied saxophone and oboe as secondary instruments, which I feel are invaluable in informing performance on the clarinet.

I have taught students in Ohio, California, and Massachusetts with ages ranging from 7 to 47, and have given lectures for the International Clarinet Association, and master classes in southern California, the Midwest, and Boston, and have been on the Artist Faculty of the Hawaii Performing Arts Festival.

With a sound described as “beautifully warm” (Herald Times) and “sweet and agile” (New York Times), period clarinetist and instrument builder Thomas Carroll performs extensively throughout North America and Europe on historical instruments. Internationally, Thomas has performed under such directors as Christophe Coin, Richard Egarr, Philippe Herreweghe, Jos van Immerseel, Allessandro Moccia, and David Stern; and has performed at numerous festivals as an orchestral and chamber musician including Oude Muziek Utrecht, Muziekzomer Gelderland, Young Euro Classic, Festival de Saintes, and Musica Antiqua Brugge in venues ranging from the Kozerthaus in Berlin to the Concertgebouw in Amsterdam. He has been featured as a concerto soloist with Lyra Baroque, Ensemble ad Libitum, and Grand Harmonie to critical acclaim. In North America, Thomas is the principal clarinetist with Boston-based Grand Harmonie and Houston-based Mercury: The Orchestra Redefined, and frequently collaborates with other early music specialists on the east coast including the Clarion Music and Handel and Haydn Societies. He has given faculty chamber recitals and master classes on the east and west coasts and at the Hawaii Performing Arts Festival. Additionally, Thomas can be heard in many theatre pit orchestras in the Greater Boston area, performing on multiple clarinets, saxophones, and oboe.

An interest in instrument mechanics and acoustics has led Thomas to a secondary career as an instrument builder and extensive research into 18th and 19th century wood treatment and seasoning. He studied woodworking and instrument construction in the United States and the Netherlands, and builds chalumeaux, baroque, and classical clarinets, and basset instruments for use in historically informed performance ensembles.