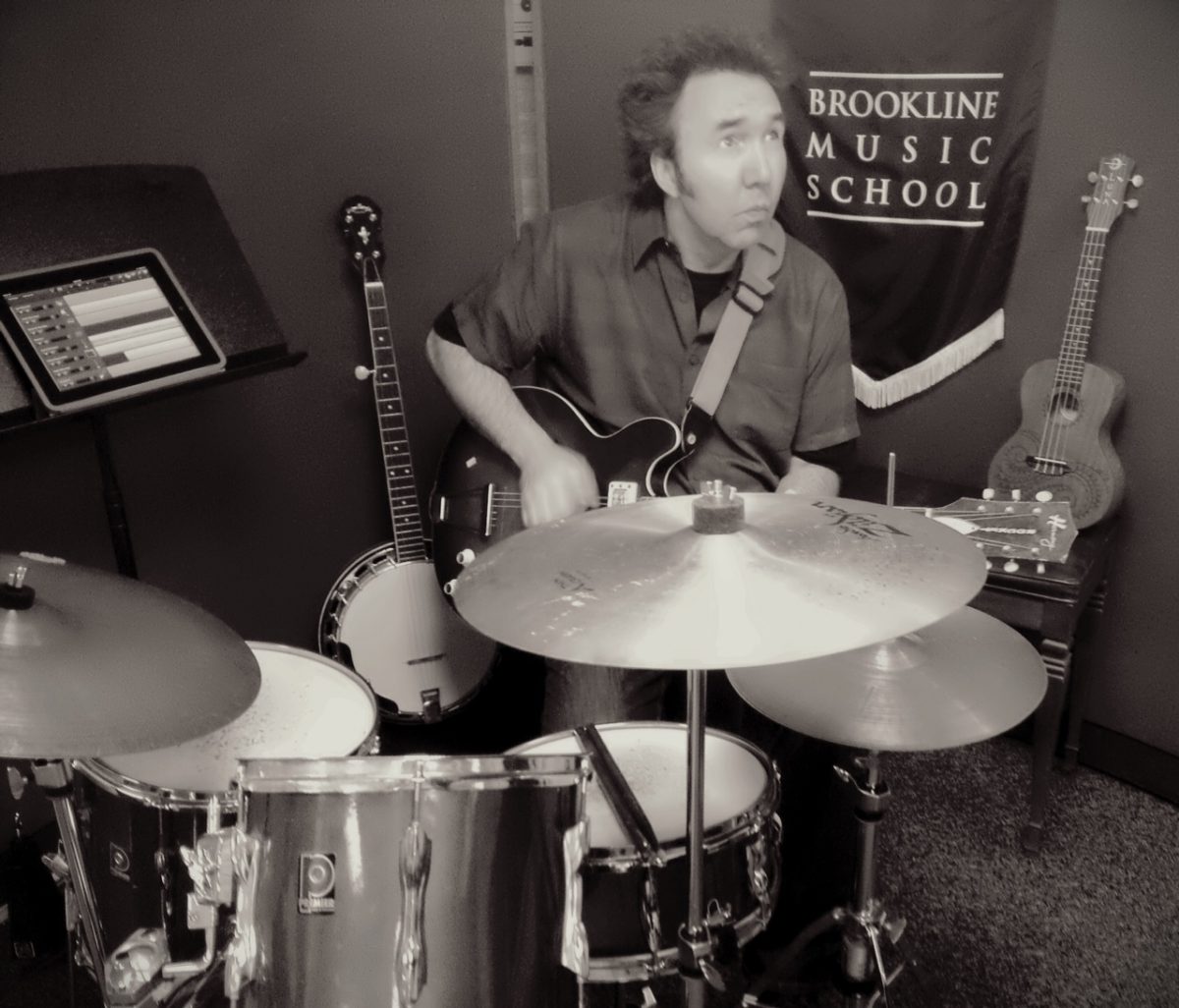 I love music, performing, recording, composing, teaching, practicing, and I especially love listening. It is the most rewarding food for the soul. There are pictures of me playing music at 2 1/2 and I don’t remember my life without music. It is an amazing language. I’ve had entire conversations with people around the world where neither knew the other’s spoken language but were able to talk music.

A day hasn’t gone by since I was about 15 where I haven’t done something music related; and a week hasn’t gone by since 1988 where I haven’t had some sort of show to play. I have studied music all the way back to Gregorian chant and beyond, and am open minded enough to appreciate a song from last week. I own hundreds of instruments but I focus on the primary ones that you’d find in a band: drums, guitar, bass, keyboards, percussion, and vocals. I also love to coach bands and run ensembles, which I do often. My ultimate hobby is recording music using my mini portable studio with GarageBand for iPad. I use recording in my teaching all the time. A lot of my students have their own albums now.

I grew up shy and developed over the years into a confident performer on and off the stage. I love people of all walks of life and when I teach, I enjoy making students feel like they are the only musician on earth. It with equal desire to find others to perform with. I strive to help make better music listeners of my students. It is sometimes great to play many other instruments along with a lesson, and sometimes it is important to just sit back and listen to a great recording. Everyone should have music in their life. Not everyone needs to be a performer every day, but knowing enough to play at a campfire should be the bare minimum.

Here’s a couple concepts that I feel contribute to making it all work: First, showing kids all the secrets of what makes music awesome keeps them interested, and sharing the stories and theory of music helps show how it all makes sense. Reading notes should be cool. Using your ear should be intuitive. Recording great songs together should be standard, and there should be lots and lots of listening; listening to music together right there in the lesson and understanding it from all angles. Because you know what? Music is fun. Secondly, I teach every lesson as if it is the last one a student will ever have. Sometimes it is, and you have to make sure you give students advice and direction so that music can always be in their life.

After shows Scott played with his own bands while in high school, he would hear from fans how they wish they had continued lessons when they were younger. When he would show them a few things, he took note of how easy it was to get someone to play music and delight as these people would start playing music again. He realized that many people get frustrated learning an instrument as a child and he set out to find a way to make the experience as rewarding as possible in a way that is absolutely encouraging. A music lesson should always be the best part of any day. He began teaching some friends and family ‘just for fun’ and then, midway through college he got his first teaching job. From 1988-2001 he kept just a day or two of light teaching, but when he moved into Boston in 2002, teaching became ore full time; ultimately finding his way to Brookline Music School at the end of 2004. A perfect match on a long musical journey.

Scott had received his B.A. in percussion performance in 1990 from the University of Massachusetts at Lowell, where he studied with Neil Grover, Fred Buda, and Alan Dawson, but gives lots of credit to musical gurus Kevin Stevenson, Peter Bufano and Neal Chapman; each of which he has spent countless great hours in music. He has been enthusiastically teaching for 25 years, and enjoys staying at the forefront of the intersection where music meets technology.

Scott has had many popular bands that have stayed together for over 10 years. His first band was an 11 piece ‘rock orchestra’ with many strange instruments. He was a founding member of Boston rock heroes The Shods, who also had a 1950′s rockabilly alter-ego called The Invaders. Scott also spent a decade in an a-capella doo-wop vocal group singing the bass parts. Overlapping much of this, Scott spent almost 15 years playing with Delmark (Chicago) recording artist, Frank Morey extensively touring the U.S. and Europe. To make life easier, Scott has touring collections of instruments stored in New York, Chicago, Italy and Poland. Scott’s newest project, Sugar Blood Jinx was formed in the fall of 2013. Their first album came out this spring and was recorded entirely on Scott’s iPad at Brookline Music School using GarageBand. Scott’s student band, Pop Rox also has an album titled “Taste the Explosion” that was recorded the same way.

Scott has spent many years playing in local community orchestras performing all the symphonic classics, and has over 20 years experience playing in the world of musicals. Some of this experience was put to interesting use when he became an original member of Solstice Circus, a group of musicians, acrobats and performance artists dedicated to celebrating the seasons in mini-circus style. If you would like to see Scott perform, you can catch him at his regular residency on Sunday nights at The Independent in Union Sq., Somerville with Sugar Blood Jinx. He also runs Brookline Music School’s open mic night for students during the school year at Cafe Nicholas in Washington Sq. in Brookline.